It’s fun dining at three star Michelin restaurants, but it’s even more fun dining at restaurants like Temporis. They have only one michelin star, but they have the heart and soul of a restaurant with four. Before you overwhelm my inbox, yes I know Michelin’s highest rating is only three stars, but there’s nothing like hyperbole to get a point across. Led by their service captain Laura Bonetti, they won the 2019 Jean Banchet award for best in Chicago.  Imagine standing outside, looking through their window. It was 9 degrees, the wind was howling off lake Michigan and sleeting sideways. Once we were safely indoors, we experienced why that honor was deserved on a cold January night.

The Origin of Temporis

The idea was hatched from a series of pop-up dinners hosted by Sam Plotnick, the General Manager-Proprietor of Temporis. He wanted to recreate the intimacy of those dinner parties in a small venue where staff could coddle guests to the Nth degree. Donald Young, then joined him as executive chef and co-founder in 2017. The current location with only 20 seats is where they decided to begin.

Early days were tough and between Sam and Donald they did almost everything, including answer the phone. While making our reservation, I spoke first with Sam, then later with Donald not knowing their positions until we arrived. It was refreshing, because they were both friendly and patient answering questions. Some highly rated restaurants don’t even publish a phone number – no questions asked please, without the please.

Their first Michelin star came in 2018 and then things changed. They booked over 300 reservations the next day and have retained their star this year. Challenges in the restaurant business are unrelenting however, and Temporis faces another with the recent departure of Chef Young. Troy Jorge, with a resume including Acadia and Grace restaurants in Chicago is the new executive chef and tasked with leading the culinary team into the future.

We chose the reserve wine pairing to accompany our tasting menu and unbeknownst to us it was a “bottomless” pour. When we became thirsty, Don Coen the sommelier lived up to his motto “we’ll top you off”. 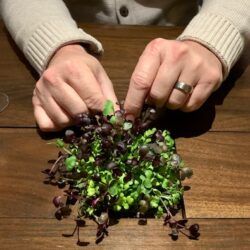 Our palate cleanser was a living salad of microgreens grown in the restaurant’s own hydroponic garden. 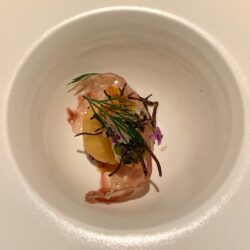 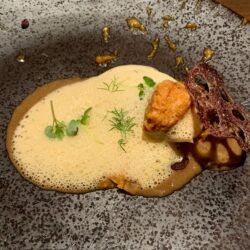 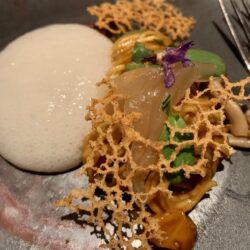 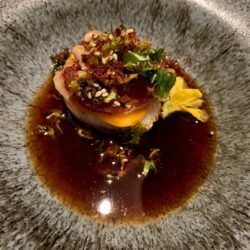 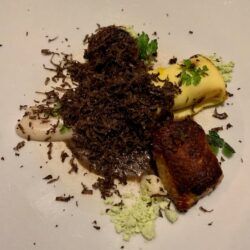 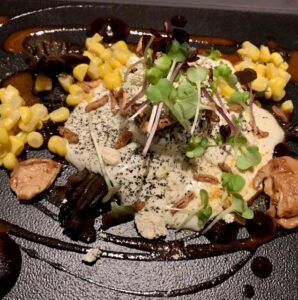 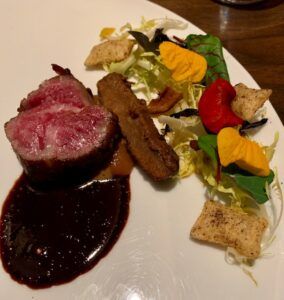 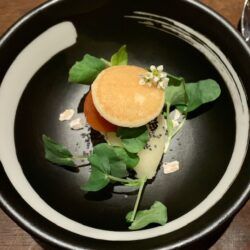 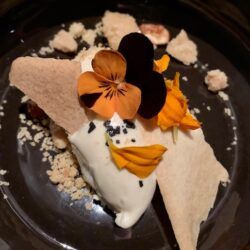 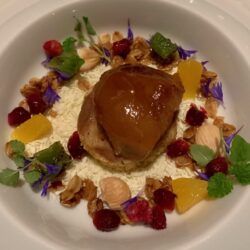 At dinner’s end we were quite toasty, even in the dead of winter.

This post has been updated from the original to reflect the addition of Troy Jorge to the Temporis team.

And one last thing… 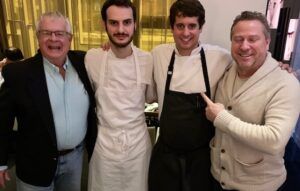 Myself, Sam, Donald and KevintheTraveler