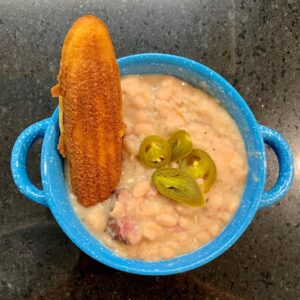 Navy bean soup may be the ultimate cold weather soup and fall is upon us. Throw in some cornbread, garnish with a few slices of pickled jalapeno (my guilty pleasure) and you have something special.

I recommend being selective and prudent when trying to “elevate” what is meant to be a simple dish. This is one that requires sticking to the basics to allow the main ingredient to shine.

Why They Are “Navy Beans”

It’s because they are a staple of the U.S. Navy and have been since the mid 1800’s. My father-in-law was a cook during World War II and told me stories about how they were served on the U.S.S. Lexington. They were used in soups of course, but they also used them to make baked beans and drum roll please, pie. Yes, navy beans were used in a custard style pie.

A Bit of Trivia

The U. S. Senate dining room, where Arkansas cheese dip soundly defeated Texas queso, has served navy bean soup since the early 1900’s. On September 14, 1943 there was none available because of a bean shortage in the midst of the war. That day remains the only exception. 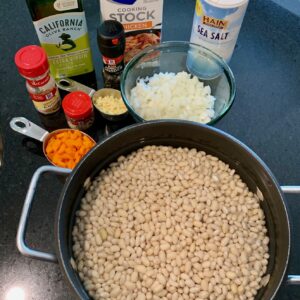 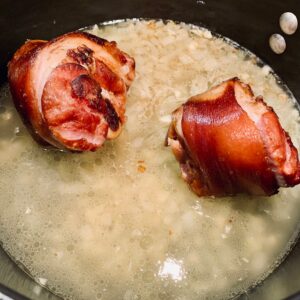 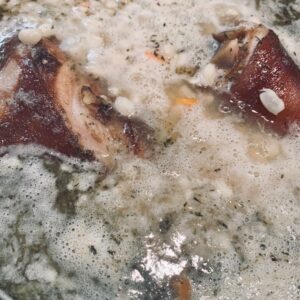 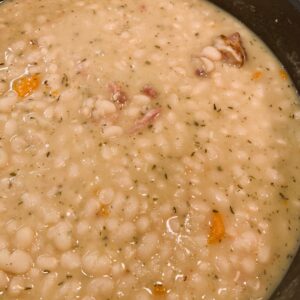 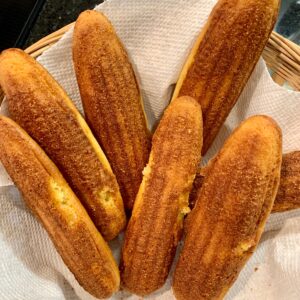 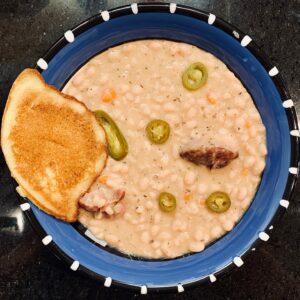