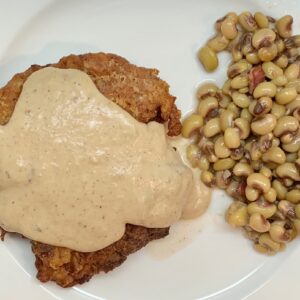 Calling a breaded beef patty chicken fried begs the question why? The simple answer is because it’s breaded and prepared on a stove top like fried chicken.

The town of Lamesa, TX, pop. 9,422 and incorporated in 1917 lays claim to the birthplace of chicken fried steak. It was officially recognized as such by governor Rick Perry and they host a chicken fried steak festival annually in April.

Case closed, right? Well, no, it’s another example of fake news. The reporter that wrote the original story about it admitted he fabricated the entire thing. Does that sound familiar? He probably worked for the failed New York Times. I’m just kidding folks – about his connection to the NYT.

Before I get carried away let’s leave it at this. Somewhere at sometime, someone got the idea to substitute beef in the weiner schnitzel and created chicken fried steak. My guess is that it happened before 1917 and somewhere other than Lamesa, Texas.

This recipe makes a crispy and flavorful breading for the steak and a delicious gravy. I love it with a side of purplehull peas, mashed potatoes or okra. It’s part of our culture and I call that an Arkansas Original. 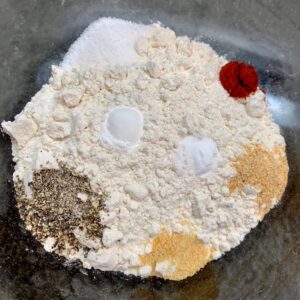 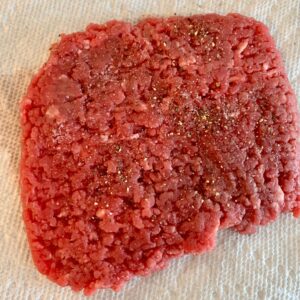 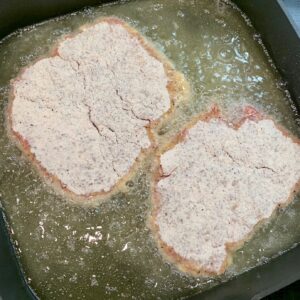 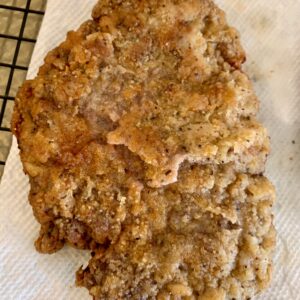 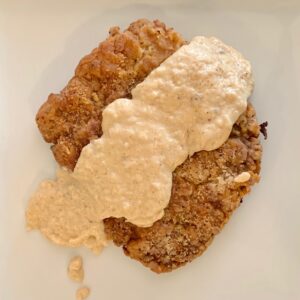